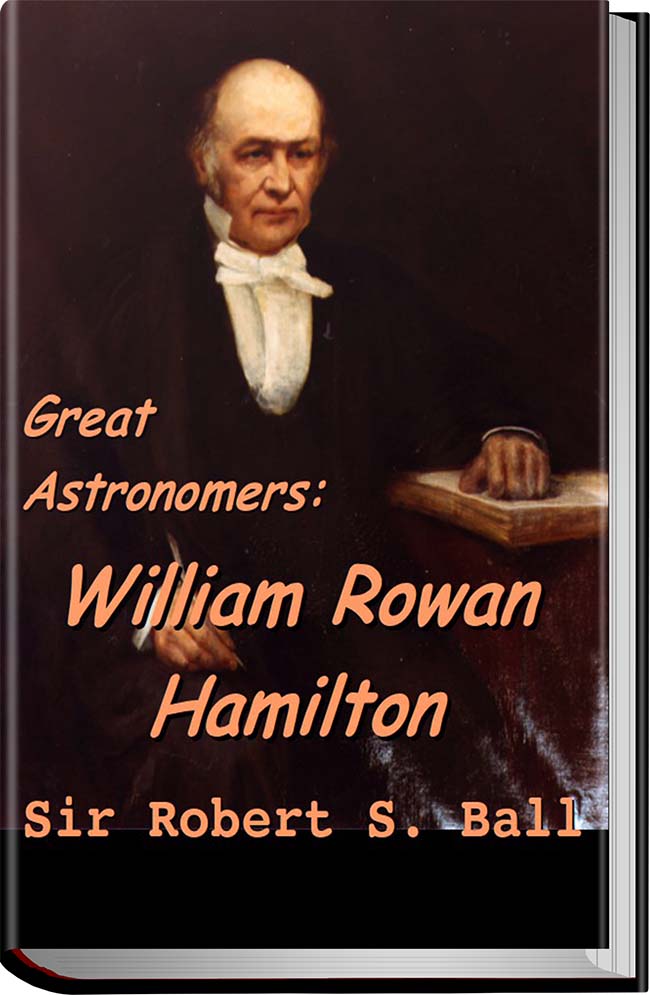 Sir William Rowan Hamilton (1805–1865) was an Irish physicist, astronomer, and mathematician who made important contributions to mechanics, optics, and algebra. As a teenager, he mastered parts of Newton's Principia and studied Laplace's celestial mechanics treatise. When barely 22, Hamilton became a professor of astronomy at University of Dublin, however he was more interested in theoretical rather than practical astronomy. His studies of mechanical and optical systems led him to discover new mathematical concepts and techniques. His greatest contribution is perhaps the reformulation of Newtonian mechanics, now called Hamiltonian mechanics. This work has proven central to the modern study of classical field theories such as electromagnetism, and to the development of quantum mechanics. In mathematics, he is perhaps best known as the inventor of the quaternion, which is a mathematical concept that find uses in both theoretical and applied mathematics, in particular for calculations involving three-dimensional rotations such as in three-dimensional computer graphics, computer vision, and the attitude-control systems of spacecraft. Hamilton is said to have shown immense talent at a very early age. He had a remarkable aptitude for languages as a youth. As a young man, his talents turned to mathematics of astronomy and physics. Astronomer John Brinkley remarked of the 18-year-old Hamilton, "This young man, I do not say will be, but is, the first mathematician of his age." (https://en.wikipedia.org/wiki/William_Rowan_Hamilton)