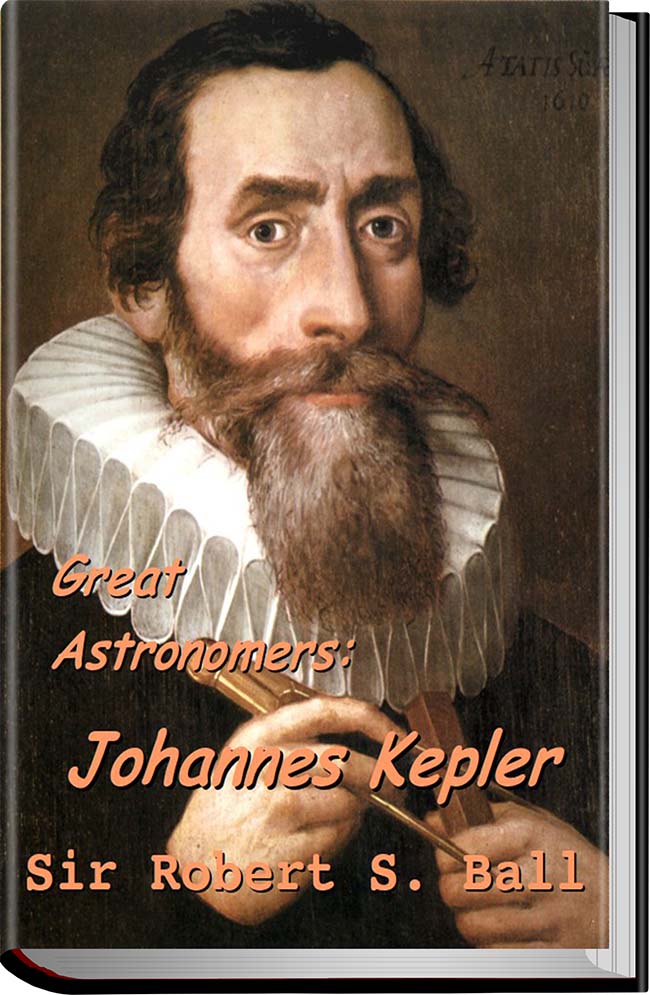 German astronomer Johannes Kepler (1571-1630) derived his mathematical laws of planetary motion from astronomical data meticulously collected by Tycho Brahe, who, as he was dying, beseeched young Kepler to use the data to discover the laws of motion of the planets. Based upon Kepler's laws, Sir Isaac Newton later developed his law of gravity. This is a chapter from Sir Robert Stawell Ball's Great Astronomers (2nd ed. 1907). Ball traces Kepler's life from birth in 1571 to death at age 59 in 1630. "Though Kepler had not those personal characteristics which have made his great predecessor, Tycho Brahe, such a romantic figure, yet a picturesque element in Kepler's character is not wanting. It was, however, of an intellectual kind. His imagination, as well as his reasoning faculties, always worked together. He was incessantly prompted by the most extraordinary speculations. The great majority of them were in a high degree wild and chimerical, but every now and then one of his fancies struck right to the heart of nature, and an immortal truth was brought to light."