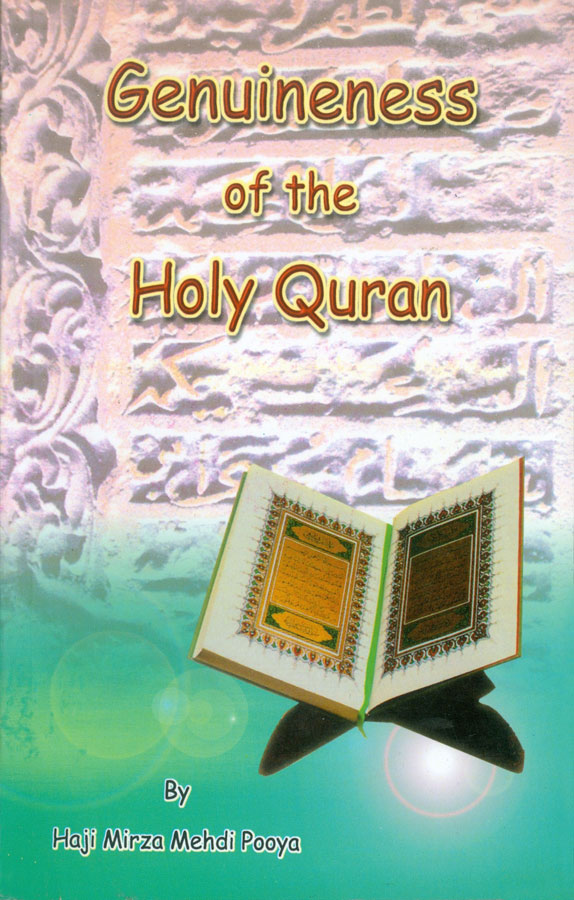 Genuineness of the Holy Quran

درباره Genuineness of the Holy Quran

The ‘Introduction to the Quran’ is the outcome of deep research by the great scholar Late Haji Mirza Mehdi Pooya (no honorific can elevate a name now so eminent). The intellectual zeal and intuitive insight of this most profound and constructive thinker have elucidated logically ‘Genuineness of the Quran, the meaning of ‘Revelation’, ‘Existence of God’, ‘Inevitability of Faith in Divine Occultation = the birth, presence disappearance and reappearance of the 12th Imam—the last Imam from the AhlulBait, Progeny of the Holy Prophet’—all these articles of faith being, based on the Quran. He completed this work in spite of continuous ill­health. The work had been reviewed thoroughly by the eminent Judge, Late Justice Shahabuddin, former Chief Justice of Supreme Court of Pakistan. Justice Shahabuddin was among the close friends of Aqa Pooya who imbibed the scholarly exposition of the Quran by Aqa. This great scholar left this world on 17th July 1973 = 16 Jamaad Ath­Thaani 1393H, (may the Almighty further elevate his station). He was born in 1317H. In a very learned family of Yazd, Iran. His father Hojjatol Islam Aqai Mirza Mohammed Hassan and Grandfather Hojjatol­Islam Aqa Mirza Mohammed Ja’far of Yazd were celebrated scholars of their time, the former being a brilliant student of the Shia Divine Syed Kazim Tabatabai Yazdy, who in turn was the student of the latter. Aqa Pooya received his education in Yazd (Iran) and Najaf (Iraq). By the age of seven, he was learned in ‘Euclid’ and other intricate mathematical problems of Pythagoras. He was the most intelligent student of Mujtahid Aqai Naini. The sublimity of calibre of this young Scholar was recognised by his Mujtahid who was deeply interested in his career.

مشخصات Genuineness of the Holy Quran