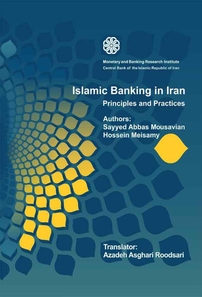 Islamic banking is a modified banking model in which all relations and dealings are compatible with Islamic law and jurisprudence and in line with the fundamental goals of the Islamic economic system. This particular type of banking is designed for Muslim depositors and investors who are concerned about following the principles of Shariah in their monetary and financial activities. Although the Shariah-compliant banking was more of a "scientific curiosity" and an "out-of-reach utopia" for Islamic societies before the 1950s, in the second half of the twentieth century, this idea had been put into practice. This process continued until the establishment of the first Islamic bank in Jeddah in 1975, and since then, other Islamic banks and financial institutions have been established in various Islamic countries. This process doubled up in the first two decades of the 21st century with the significant growth of Islamic banks and counters in the monetary systems of Islamic and even non-Islamic countries. In the meantime, the position of the Islamic Republic of Iran in the development of Islamic banking is significant. From a scientific point of view, Shiite thinkers such as the martyr Sayyed Mohammad Baqir Sadr are among the founders of Islamic banking. In terms of implementation, adopting the usury-free banking law in Iran was in 1983 (much earlier than other Islamic countries), and it has been performed over four decades. Therefore, any fair person concludes that Iran has been one of the leaders in developing Islamic banking in the world. Regardless of this, it must be acknowledged that despite decades of effort, the "Iranian model of Islamic banking" is not well known globally, and Iran's valuable theoretical foundations and experience in this regard have not been provided in English at the international level. For this reason, the international scientific community of Islamic banking knows very little about the Iranian model of Islamic banking and its achievements and shortcomings. It should be noted that although this issue has various reasons, undoubtedly, the existence of oppressive sanctions is one of the most important factors that has limited Iran's scientific presence at the international level in various fields, including Islamic banking. The present book entitled: "Islamic Banking in Iran: Principles and Practices" is an English translation of a Persian book, the sixth edition of which was previously published in 2018 by the Monetary and Banking Research Institute. This book tries to present the Iranian Islamic banking model's latest theoretical and experimental achievements in recent decades to the audience in a simple and understandable language with an educational approach. Hopefully, this study can be considered by Islamic banking researchers and experts at the international level as the first coherent book that specifically addresses the theoretical foundations and experience of usury-free banking in Iran.