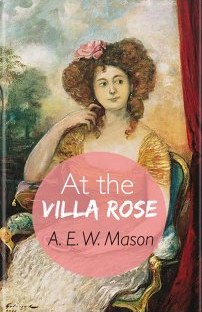 کتاب At the Villa Rose

درباره کتاب At the Villa Rose

BOOK 1 IN THE INSPECTOR HANAUD SERIES. The place: Aix-les-Bains, a lakeside town in southeast France, popular for vacations of the well-to-do. The players: (1) The young Englishman, Harry Wethermill, who, after a brilliant career at Oxford and at Munich, had applied his scientific genius and made a fortune for himself at the age of twenty-eight. (2) Mr. Ricardo, approaching the fifties in age; a widower — "a state greatly to his liking, for he avoided at once the irksomeness of marriage and the reproaches justly leveled at the bachelor; finally, he was rich, having amassed a fortune in Mincing Lane, which he had invested in profitable securities." (3) Celia Harland, the beautiful, free-spirited 19-year-old English traveling companion of wealthy Mme. Dauvray, and recently romantic companion of Wethermill. (4) Inspector Hanaud, the cleverest of French police detectives, on vacation at Aix-les-Bains. The newspaper article: "Late last night, an appalling murder was committed at the Villa Rose. Mme. Camille Dauvray, an elderly, rich woman who was well known at Aix, was discovered on the floor of her salon, fully dressed and brutally strangled, while upstairs, her maid was found in bed, chloroformed, with her hands tied securely behind her back. ... Mme. Dauvray's motor-car has disappeared, and with it a young Englishwoman who came to Aix with her as her companion. The motive of the crime leaps to the eyes. Mme. Dauvray was famous in Aix for her jewels, which she wore with too little prudence...they have disappeared." With Ricardo's help, Wethermill beseeches Hanaud to take up the case and help the local police find the missing Celia and solve the murder. He believes Celia will be exonerated once she is found. Hanaud considers the evidence and agrees to proceed, but warns Wethermill that he will see the case to the end, even if the outcome is not liked by Wethermill. Quote, Ricardo to Wethermill: "You are going out of your way to launch the acutest of French detectives in search of this girl. Are you wise, Wethermill?" Wethermill sprang up from his chair in desperation. "You, too, think her guilty! You have seen her. You think her guilty — like this detestable newspaper, like the police." "Like the police?" asked Ricardo sharply. "Yes," said Harry Wethermill sullenly. "As soon as I saw that rag I ran down to the villa. The police are in possession. They would not let me into the garden. But I talked with one of them. They, too, think that she let in the murderers."

مشخصات کتاب At the Villa Rose