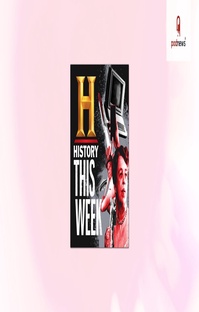 پادکست The Crown Steps Down

درباره پادکست The Crown Steps Down

December 11, 1936. Just yesterday, King Edward VIII of England officially abdicated the throne. And tonight, some ten million people will hear the reason from the man himself. He tells the country in a radio address, “I have found it impossible to carry a heavy burden of responsibility, and to discharge my duties as king as I would wish to do, without the help and support of the woman I love”. This “woman” is a twice-divorced American. The country is shocked. Edward VIII has become the first monarch to voluntarily abdicate the throne in British history. How did Edward VIII cause trouble for England before, during, and after his reign? And how does his legacy continue to shape the fate of the royals to this day?Thank you to our guests:Adrian Phillips, author of "The King Who Had to Go: Edward Vlll, Mrs Simpson and the Hidden Politics of the Abdication Crisis"Anna Pasternak, author of "The Real Wallis Simpson: A New History of the American Divorcée Who Became the Duchess of Windsor'  See acast.com/privacy for privacy and opt-out information.

مشخصات پادکست The Crown Steps Down

پادکست When the Environment United Us

پادکست The Hunt for the Hunley

پادکست Introducing It Was Said

پادکست No Representation, No Peace